Is Blockchain the Future of Green Business Certification? 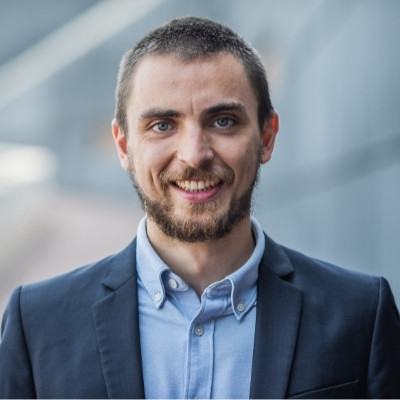 Simone has developed his cleantech start-up to become a global leader in providing blockchain-based solutions for the energy sector - attracting clients and partners such as Google and Microsoft. He is a key figure in the 24/7 Carbon-free Energy space, known for his active role in the development of new standards and guidelines for the UN 24/7 CFE Compact, the Linux Energy Foundation, and the EnergyTag initiative. Simone is also a prominent public speaker, advocating and advising leading energy stakeholders on the future of the energy system at major corporate and energy policy events. 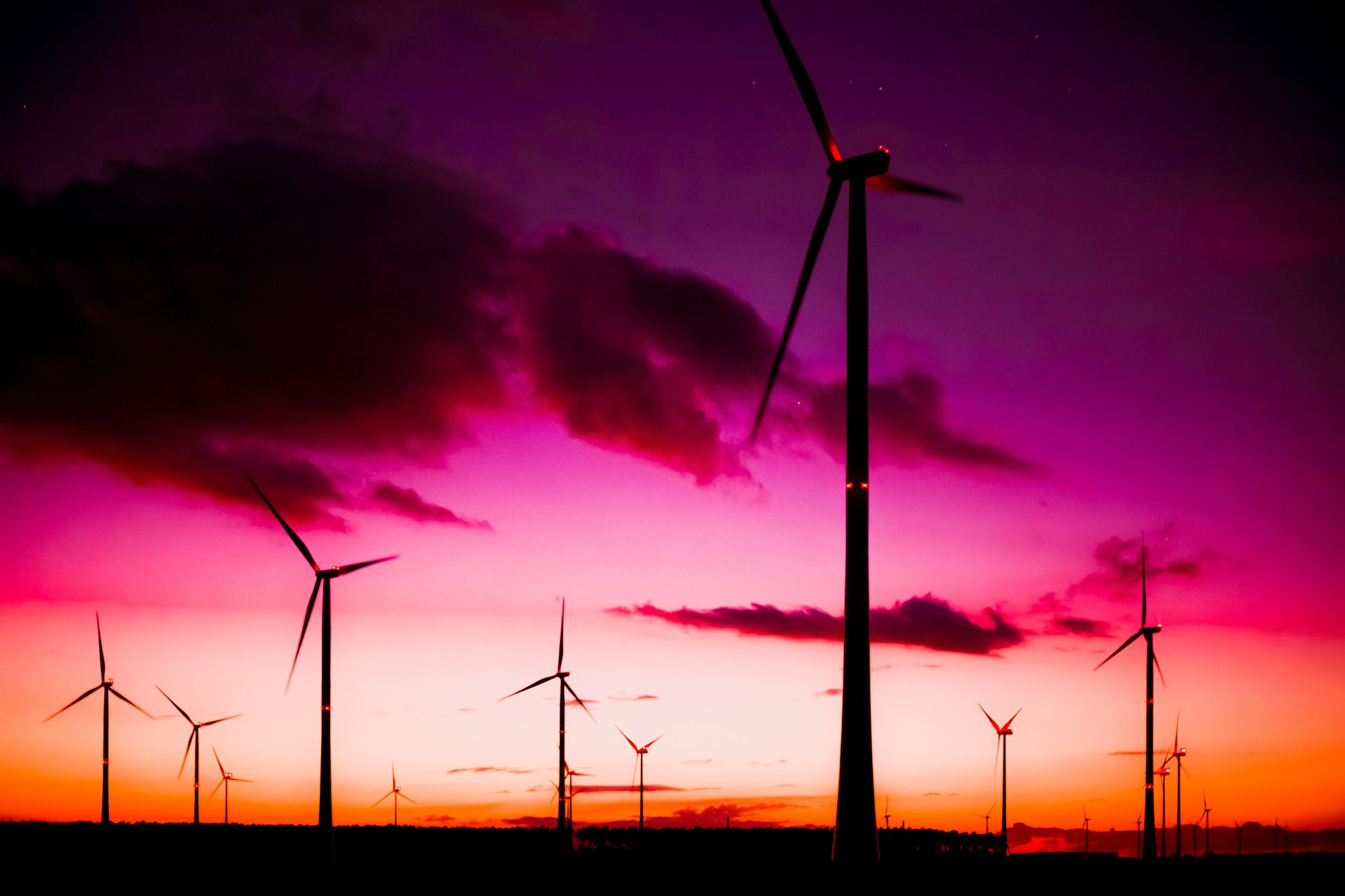 Published
August 19, 2019
Share on social media:
Enter your email to subscribe!
Thank you! Your submission has been received!
Oops! Something went wrong while submitting the form.

Consumers’ demand for renewable energy sourcing is constantly rising. In 2018, the United States had more than 6GW of renewable energy contracted by corporations, and large technology and consumer goods companies lead the way. That’s a five times volume increase compared to 2014. These market trends are generating new debates on what it actually means to purchase green energy, the mechanisms to certify it, and what the future of green business certification will become.

Currently within Europe, in order to document and report on sold and consumed energy from renewable energy sources (RES), companies (and individuals) must rely on Guarantees of Origin (GO). Guarantees of Origin is the official tracking certificate regulated in the European Directive 2009/28/EC, article 15 and provisioned in article 19 of the Clean Energy Package (CEP), which, if it enters into force, it will make GO the only acceptable certification in which energy suppliers can prove that they supply electricity from RES.

Therefore, the question is: Are GOs the best and most efficient solutions for Europe to track and certify an ever-growing volume of (distributed) renewable energy? To answer this question, there are three critical areas to consider: user experience, proof-of-additionality, and market operations.

GOs were designed as an additional incentive scheme for renewable energy, but also as a transparency mechanism for consumers. The CEP recognizes that GOs can be a valuable instrument for Europe’s electricity consumers. Corporate consumers can use them to report and prove their increasing commitments towards sustainability targets, while individuals should have the ability to check any time they want.

However, is this really the case? How many consumers know what it means to buy green energy? And the ones who know, how can they check?

Here is an example. Maria is a consumer and a residence of Spain. After researching (a.k.a. Googling “Garantias de Origen España”), Maria would probably find this webpage from the Spanish Issuing Body (IB), CNMC. Once there, Maria would have to know to click on “Trámites según tipo - Redenciones por CUPS” (Claims for consumption points), input her CUP (that she would have to find on her bill), and the result would be the excel (or PDF) documentation in the picture below.

Maria might wonder: What does it mean? Was this my entire consumption? For what period? How do I know that this proves I bought green energy? Where was the energy produced?

And what if Maria is a sustainability manager of a consumer goods company? She has a textual document that confirms a few times a year that a certain amount of renewable energy is generated somewhere. How can she use this information to prove to end-consumers, investors, and other stakeholders that her corporation's energy consumption is truly carbon-free every day and in every facility?

Maria’s confusion, however, is not the worst problem. In fact, GOs have one major flaw: they’re completely decoupled from time and physical power delivery. This is ok to provide the origin of food and rare materials, but not for electricity. In fact, even though the price of batteries is decreasing, there is currently no cost-effective solution to store large amounts of electricity at scale. This means that all electricity that is consumed must be generated exactly at the same time.

However, the validity of GOs is one year, and they can be used anytime before they expire. In practice this means that, for example, a windless winter night leads to very low volumes of renewable energy because water levels in dams are low, turbines stand still, and solar is not generating, energy retailers can still claim to source green electricity at these moments thanks to surplus certificates which they got during peaks of renewable generation. In reality, the electricity on this windless winter night is being generated by fossil fuels.

Another problem, consumers are not educated or incentivized to shift consumption to periods with high availability of renewable energy, which is the only way to achieve a 100% green consumption. In fact, since the certificate is valid all year, prices do not follow supply (e.g. in summer there is always a much higher share of renewable energy). Buying green electricity certificates in winter should be more expensive than summer, or at midnight than midday, but there are no price signals that reflect this. For this reason, GOs cannot be considered as an effective proof of additionality.

GOs are described as an electronic document and every step of a GO lifecycle (creation, transfer, trade and cancellation) is recorded on an electronic platform managed by IBs and AIB. Nevertheless, GOs are an extremely burdensome process that requires each stakeholder to manually input data from their own database into an electronic platform (or an Excel spreadsheet like in Spain) at every step of the life-cycle. The current GO value chain is spread across multiple (very different) parties as shown in the image below, making the auditing process slow and expensive, multiple disputes easily arise and corrections of mistakes extremely burdensome.

Due to the high overheads and the system design, GOs don’t include:

All in all, the answer to our initial question seems to be:

‍
No. The current GO mechanism is not the best and most efficient solution for Europe to track and certify an ever-growing volume of (distributed) renewable energy.

But is this really the conclusion? Not exactly.

In fact, even though GO is the only acceptable certification instrument, there is no specification whatsoever in the legislation about what kind of technology needs to be used to administer the GOs.

It’s here where an opportunity lies.

What if a technology could enable the timestamping and transfer of digital goods based on cryptographic proof instead of trust, allowing any two willing parties to transact directly with each other without the need for a trusted third party?

This question might be familiar to you, if you’re a blockchainer. It’s Satoshi Nakamoto’s definition of Bitcoin in his/her/their white paper.

Certification is is a natural first step for blockchain in the energy sector. It’s a use case that resembles the most in its most well-known implementation, Bitcoin. If we add smart contracts to the equation, we have a solution.

Units of electricity become digital goods/assets (tokenization of energy) which allow automatic certificate generation (timestamping), transfers and ownership tracking with unprecedented transparency, integrity, and detail. It’s based on cryptographic proof and not on employees reviewing spreadsheets.

Blockchain-based certification is by-no-mean supposed to replace current certification systems, but it will add value as an IT back-end system for Issuing Bodies. Relying on a blockchain-based back-end would allow GoOs (other green certification mechanisms) , and all the other EACs mechanisms, to automate and capture everything in an end-to-end process and within one ledger, reducing a certificate’s lifecycle from several months to a few seconds. Additionally, it will allow all the parties to work with the same data resulting in drastic cost reductions, avoiding a settlement process, and the audit automation of double-counting, false claims, and human errors. Finally, it would streamline trading by eliminating the need for brokers and portfolio management companies thanks to smart contracts, which would already include a set of programmed rules automating the assignation and cancellation of certificates.

The creation of such a system obviously poses many challenges, starting from how to securely provide trusted metering data to the blockchain and how to invalidate it in case it is wrong or frauded. However, it would enable increased transparency for the consumer, kWh granularity, the integration of storage & distributed generation, and, most importantly, hourly-bundled certificates with price fluctuations that follow the renewable energy supply. This would all happen in addition to reducing overhead costs and increasing the trust of the system (certificates generation, validation and cancellation is based on cryptographic proof and not employees reviewing spreadsheets). Lastly, it would create a basis to spur innovation in the retail market such as Local Energy Communities and Aggregators buying and selling the energy produced locally through small-size-PPAs or Peer to Peer energy trading. The future of GOs must be coupled with time and include distributed generation. Blockchain is the enabler technology to achieve this.

Simone Accornero, co-founder & CEO of Flexiado, is an expert in energy entrepreneurship and blockchain. His expertise comes from being an energy management consultant at OpenDomo Services, where his knowledge developed in energy management, electricity wholesale markets, and developing blockchain applications for smart distribution systems. He’s also a Research Engineer at CITCEA and graduate student of a double degree in MSc Energy for Smart Cities from KU Leuven (Belgium) and UPC (Spain).
SHARE
Share on social media:
Published
August 19, 2019
LEARN MORE
Enter your email to subscribe!
Thank you! Your submission has been received!
Oops! Something went wrong while submitting the form.
Blog