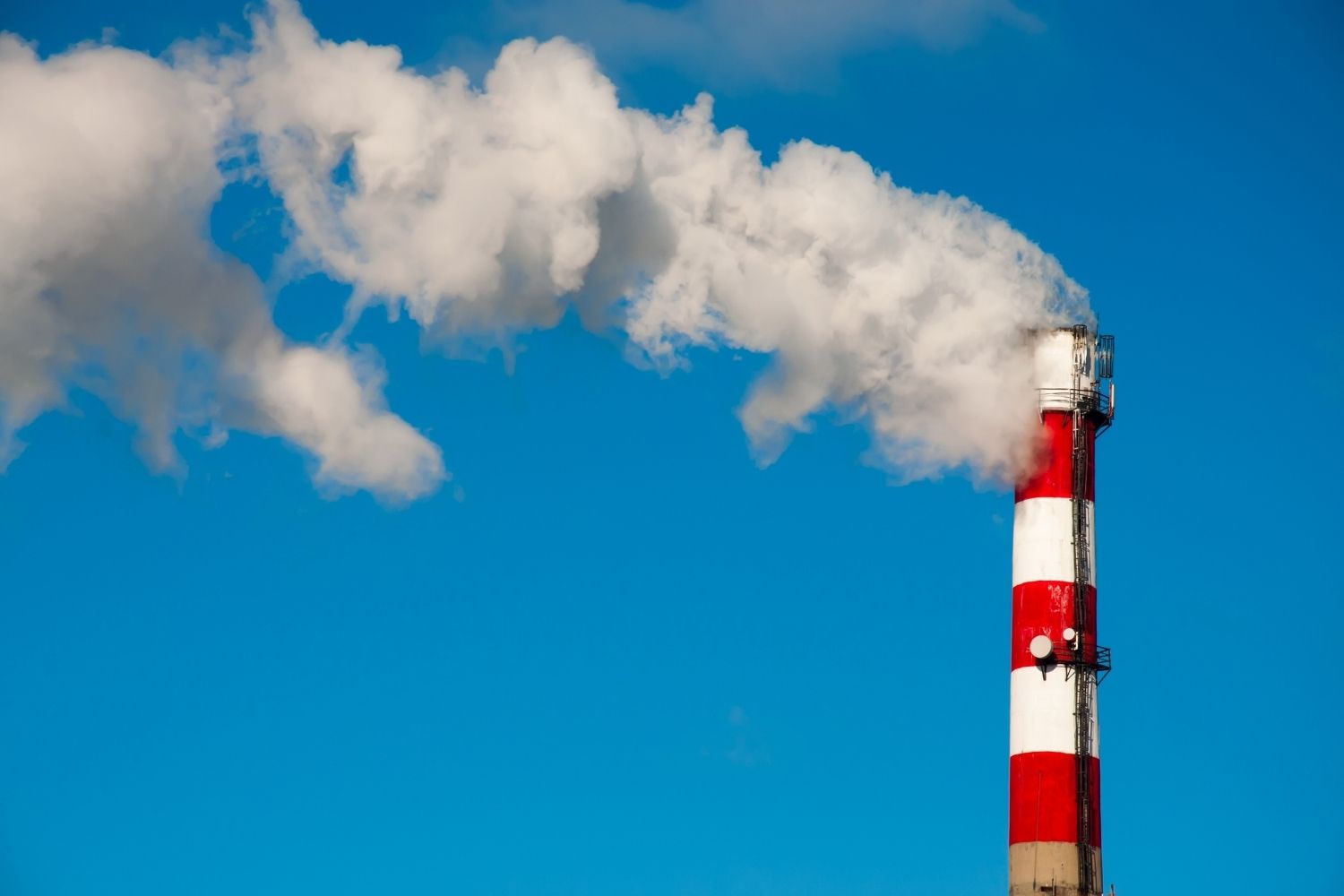 Published
November 15, 2021
Share on social media:
Enter your email to subscribe!
Thank you! Your submission has been received!
Oops! Something went wrong while submitting the form.

Let's understand what is carbon pricing and, eventually, how to avoid the financial risks associated with the volatility which characterizes the carbon markets.

What is carbon pricing?

Carbon pricing is a policy mechanism that aims to capture the costs of Greenhouse Gas (GHG) emissions. In our societies, GHG emissions indirectly lead to increases in healthcare costs, damage to crops, damage to infrastructure, and other costs. Carbon pricing attempts to pay for these costs usually in the form of a price on the carbon dioxide (CO2) emitted.

A price on carbon helps shift the burden for the damage from GHG emissions back to those who are responsible for it and who can avoid it.

Emissions can be priced explicitly, for example through a carbon tax, an emissions trading system (ETS), or a crediting mechanism. A carbon price can also be implicit, such as through the removal of fossil fuel subsidies, or through differential energy pricing/taxation.

An Emissions Trading System (ETS) – also known as a ‘Cap and Trade’ system – limits (or caps) the GHG emissions from particular sectors of the economy. Industries are given a ‘right to emit’ within the limit – provided that they have been allocated or purchased emission allowances.

The main premise of an ETS is that the limit is gradually reduced over time. This reduces supply in the market and would increase the carbon price – assuming demand remained the same. With higher carbon prices, industries and companies should be incentivised to invest in energy efficiency or switch to low/zero carbon fuels in their processes.

The European Union Emission Trading System (EU ETS) was the first and is the most well-known ETS. Total emissions capped in the EU ETS is currently ~ 1.5 Gigatonnes CO2e. This cap will reduce linearly by 2.2 percent each year until 2030. In 2020, The 2020 EU ETS auctions brought in €19 Billion for the member states. This figure should be much higher for 2021, with recent price increases.

A Carbon Tax puts a direct price on GHG emissions. Using a carbon tax to price emissions is much more straightforward than an ETS mechanism. However, an ETS has much more certainty on the extent of emissions reduction. When emissions are priced with a carbon tax, it’s difficult to estimate how industries will respond, and how much emissions will be reduced.

Carbon taxes are widely used globally. In terms of emissions coverage, Japan, Canada, and South Africa are some of the larger carbon tax markets. By tax intake, France leads the market with approximately $10 Billion generated at a carbon tax rate of €45/tCO2.

Some countries and regions use a mix of both to price carbon across different sectors or fuels. The World Bank’s carbon pricing map highlights which mechanisms are used globally.

Global action on climate change is increasing. This can clearly be seen in the growth of carbon pricing schemes over the past decade. Since 2010, the number of carbon pricing schemes in operation globally has increased each year from 19 to 64 in 2021. This development means over 20 percent of GHG emissions are now being priced compared to just over 5 percent in 2010.

The most significant recent addition to these mechanisms is the China ETS. The scheme officially started trading in mid-July 2021 and immediately became the world's biggest carbon market, by emissions coverage. Around 4.5 Gigatonnes of CO2 emissions are covered in the initial stage, which covers the power generation sector. Other sectors will be gradually added to the scheme.

This is a significant development and sets up the potential expansion of ETS mechanisms globally.

In the EU ETS, prices have recently hit all-time highs. The market came under scrutiny several times during the past decade, as low market pricing didn’t create the necessary incentive for industry to take significant action on carbon emissions. However, prices have been rising in recent years, as the EU has taken action to bolster the market and increased climate ambition through the ‘Green Deal’ and ‘Fit for 55’ law package proposal. Sector analysts have recently estimated that prices for EU Allowances (EUAs) will average around €55/tCO2 in 2022 and 2023.

Other markets globally are also showing signs of rising prices with the Californian ETS showing steady price increases over the past 5 years.

There is growing cooperation between countries on climate change action. This is also filtering into carbon markets with some interesting developments taking place. One significant development is the potential for the introduction of an International Carbon Price Floor (ICPF).

The IMF has recently released a paper which discussed the benefits of such a mechanism. They state that the ICPF “could jump-start emissions reductions through substantive policy action, while circumventing emerging pressure for border carbon adjustments”.

The ICPF could be implemented in a small number of key large-emitting countries with each country committing to a minimum carbon price. While a proposal such as this may seem ambitious, the recent global alignment on corporation tax changes gives hope for an agreement in the future.

How to manage rising carbon prices

The carbon markets are growing up, even more after COP26. When EU ETS prices were hovering around €5/tCO2 in 2016, the financial incentive wasn’t there for companies to take action on their emissions. However, the market has changed. Prices have increased ten-fold since then and will start to significantly impact a company’s bottom line.

For corporate’s that want to reduce their exposure to EU ETS price increases, there are numerous ways to do so. Even if not all kinds of corporates’ carbon emissions are related to energy consumption, and the weight of energy-related emissions changes from sector to sector, the vast majority is. Implementing energy efficiency measures, fuel switching, and contracting renewable energy are some concrete measures you can take to reduce price exposure to carbon pricing.

For example, buying renewable electricity through a Power Purchase Agreement (PPA) gives the potential to fix your power price, removing exposure to wholesale markets. This is especially relevant given the dramatic rise of European power prices recently. For example, the December-21 futures contract for Spanish Baseload Power is up ~200 percent since the start of the year, peaking at ~€173/MWh in mid September.

As EU ETS pricing is baked into wholesale prices by fossil fuel generators, a renewable electricity PPA will also allow you to avoid volatility from these markets. For more insight on the PPAs, check out this blog article: Physical Vs. Virtual PPA Agreement: How To Choose A PPA.

PPAs are indeed one of the most interesting products within the renewable energy market, but the performance of these contracts should be constantly monitored. Our software solution caters for companies that would like more visibility on their PPAs synchronicity and other renewable purchasing mechanisms, such as Green Tariffs or Energy Attribute Certificates. This allows our clients to make data-driven decisions on renewable contracting and track purchasing in near real-time, avoiding the reliance on the electricity proceeding from the grid with its volatile prices and possibly high carbon-intensity. If you would like to better understand how we work with PPAs, we invite you to watch our recent webinar "Sourcing and Monitoring PPAs by FlexiDAO & ThinkRE".

If you would like to know more about how we can help with your renewable contracting, please get in touch with the details below and sign up to our newsletter

Joan Collell - FlexiDAO Business Strategy Leader & CCO at FlexiDAO, a leading software provider in the energy sector. Joan has experience leading a high-growth energy startup and over five years of working within the technology industry. His expertise excels in business strategy, sales, and marketing, skills he adopted from working with global brands like Bain & Co., Google, and Henkel.
SHARE
Share on social media:
Published
November 15, 2021
Our Solution
Enter your email to subscribe!
Thank you! Your submission has been received!
Oops! Something went wrong while submitting the form.
Blog