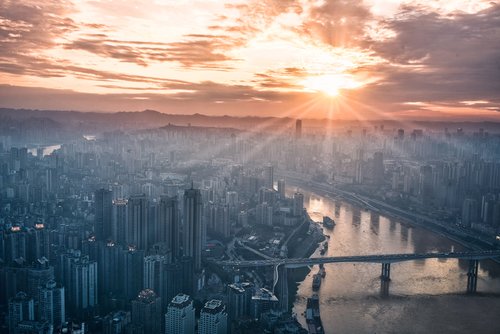 Published
March 3, 2021
Share on social media:
Enter your email to subscribe!
Thank you! Your submission has been received!
Oops! Something went wrong while submitting the form.

The clean energy sector is still a relatively new industry even though the first wind turbines and solar panels were installed decades ago. The sector has long fought energy misconceptions and myths due to its threat to the existence and profitability of the fossil fuel sector. We’re slowly becoming more educated on clean energy and sustainability but some misconceptions still hinder the market and ultimately, our fight against climate change. In this post, we describe five common sustainability and energy myths we see in the industry - and debunk them, once and for all!

Myth 1 – All green energy certificates have the same environmental impact

In Europe, Energy Attribute Certificates (EACs) are known as Guarantees of Origin (GO). Each certificate provides buyers the right to claim the use of 1 MWh of carbon free energy upon cancellation. While the development of the market has made it easier for companies to access renewable energy, it isn’t without its issues. One of main issues is that there is poor transparency available to companies regarding the quality of specific certificates. Therefore, it’s very difficult for buyers to understand the impact of their purchase and in some cases, they’ll assume that there is no difference between GO’s.

Unfortunately, this isn’t the case. Some GO’s will be more environmentally impactful than others. In a perfect market, efficient market pricing would reflect the differences between higher and lower quality GO’s but as certificate transparency is poor, it’s difficult for buyers to understand what is a fair price to pay. One of the well known issues in the market is that there is an overabundance of Norwegian and Alpine Hydro GO’s issued in the market. Buying these GO’s has little impact on global climate goals as the majority of these plants were constructed decades ago, don't need financial support, and won’t incentivize further renewable investment. The graph shows the dominance that Hydro GO’s have in the market.

It’s clear that the GO market has potential but it needs to be more transparent and companies need more information on the true impact of what they’re buying. Each GO is different and its quality will depend on a number of factors including its type, location, and its synchronicity with a buyer's energy consumption. For more insight into this topic, check out this article, How Can Corporates Ensure a More Impactful Renewable Energy Procurement.

Myth 2 - When corporates claim to achieve 100% Renewable Energy, the electricity they use is zero carbon

The demand for green electricity has grown significantly in recent years. Energy Attribute Certificates (EACs) make up a big part of this demand and are a go-to source for many companies to offset carbon related to the use of electricity for Scope 2 emissions.

Buying renewable energy certificates is recognised by the GHG Protocol as a mechanism to report zero emissions for Scope 2 reporting. This is a pure administrative and accounting layer. However, the purchase alone won’t make a company’s power usage physically zero carbon, since that will depend on what is happening in the grid. This means that even if current sustainability reporting standards allow a company that purchases 100% renewable energy certificates to state their annual carbon emissions from electricity as zero, it unfortunately doesn’t take into account the reality of how the electricity system operates.

Take an example of a company which operates 24/7, 365 days a year. If this company were to purchase 10,000 MWh of solar certificates to offset 10,000 MWh of annual electricity consumption, they could report electricity carbon as zero. However, the majority of the solar certificates will be produced in summer and won’t match the company’s consumption profile. During winter, it's very likely the company will be relying on fossil fuel or nuclear power to run its operations.

Carbon offsets are an easy way for a company to achieve carbon reduction targets. In many cases, they can be purchased quite cheaply and are readily available. The market has changed a lot since the early days of the Clean Development Mechanism (CDM) and Joint Implementation (JI) programs, which suffered from issues of double counting, overestimation of carbon savings and poor demand/supply balances in the market.

Today, carbon offset projects face much more stringent validation and verification which has served to advance credibility in the market. However, offsets do still need to be viewed with a degree of caution. These markets have received criticism for giving corporates an easy and inexpensive way out of their carbon targets which could deter companies from taking concrete carbon reduction measures. For companies to truly have an impact on climate change, they should first make sure all internal emissions are reduced as much as possible. Carbon offsets can then be used for any hard-to-abate areas of emissions.

This myth has gone well beyond its sell-by date! The past few years have seen dramatic reductions in the cost of wind and solar power. Solar has become so cheap in some parts of the world that the IEA recently declared it as the “cheapest electricity in history”.

If that wasn’t proof enough, take a look at the latest Levelized Cost of Electricity (LCOE) figures from Lazard. The 2020 figures show that new utility scale Solar PV in the US is cheaper than new coal, gas, and nuclear power plants.

Similar pricing trends are being seen in Europe as well. At a recent renewables auction in Spain, ~3 GW of power was procured at an average price of ~€24/MWh. The price achieved was 28% lower than grid electricity prices in 2020.

The intermittency of renewable energy is well understood. Solar PV plants don’t generate electricity at night and wind turbines don’t generate when it’s not windy. It’s fair to say that this is one of the big issues we need to overcome if we want to fully transition to carbon neutral societies. But this issue is being tackled at speed. Energy storage solutions such as lithium-ion batteries have made great advances recently and are getting more cost competitive each year. This gives us an option to store renewable electricity for use at night or in periods of low wind.

In addition, hydrogen technologies are being rapidly developed. We can use excess renewable electricity to run electrolyzers which create hydrogen. The hydrogen can then be stored for the long-term to use as and when we need it. With these technologies and other emerging energy storage technologies, we can use renewable energy around the clock.

And hydropower sources, despite rarely adding new additional renewable capacity into the grid, can complement the intermittency of wind and solar for countries.

These are our 5 myths for the clean energy sector. We would be interested to hear if you have any clean energy myths that we haven’t listed here? If you do, please get in contact with the team to discuss further.

LEARN MORE
Author
Paul Hauptmeijer, Head of Business Development and Innovation at FlexiDAO, is an expert in SaaS Solutions for the Energy Industry. His expertise comes from three previous companies providing SaaS solutions, including the companies Powerees and Pricewise.
SHARE
Share on social media:
Published
March 3, 2021
LEARN MORE
Enter your email to subscribe!
Thank you! Your submission has been received!
Oops! Something went wrong while submitting the form.
Blog