The Future of Renewable Energy: How our carbon reporting standards are set to change 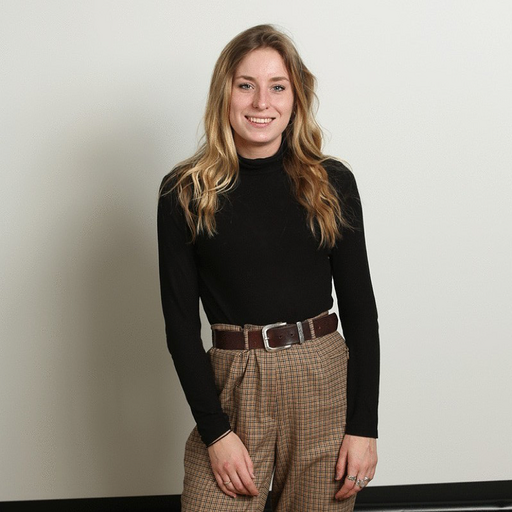 Eloise has worked in a number of high growth start ups and scale ups with a focus on sustainability and renewable energy. She is now FlexiDAO’s Energy Program Manager, overseeing the implementation of all educational material on 24/7 CFE. She is a marketing and research expert with a MA from the University of Amsterdam specialising in Climate Ethics. 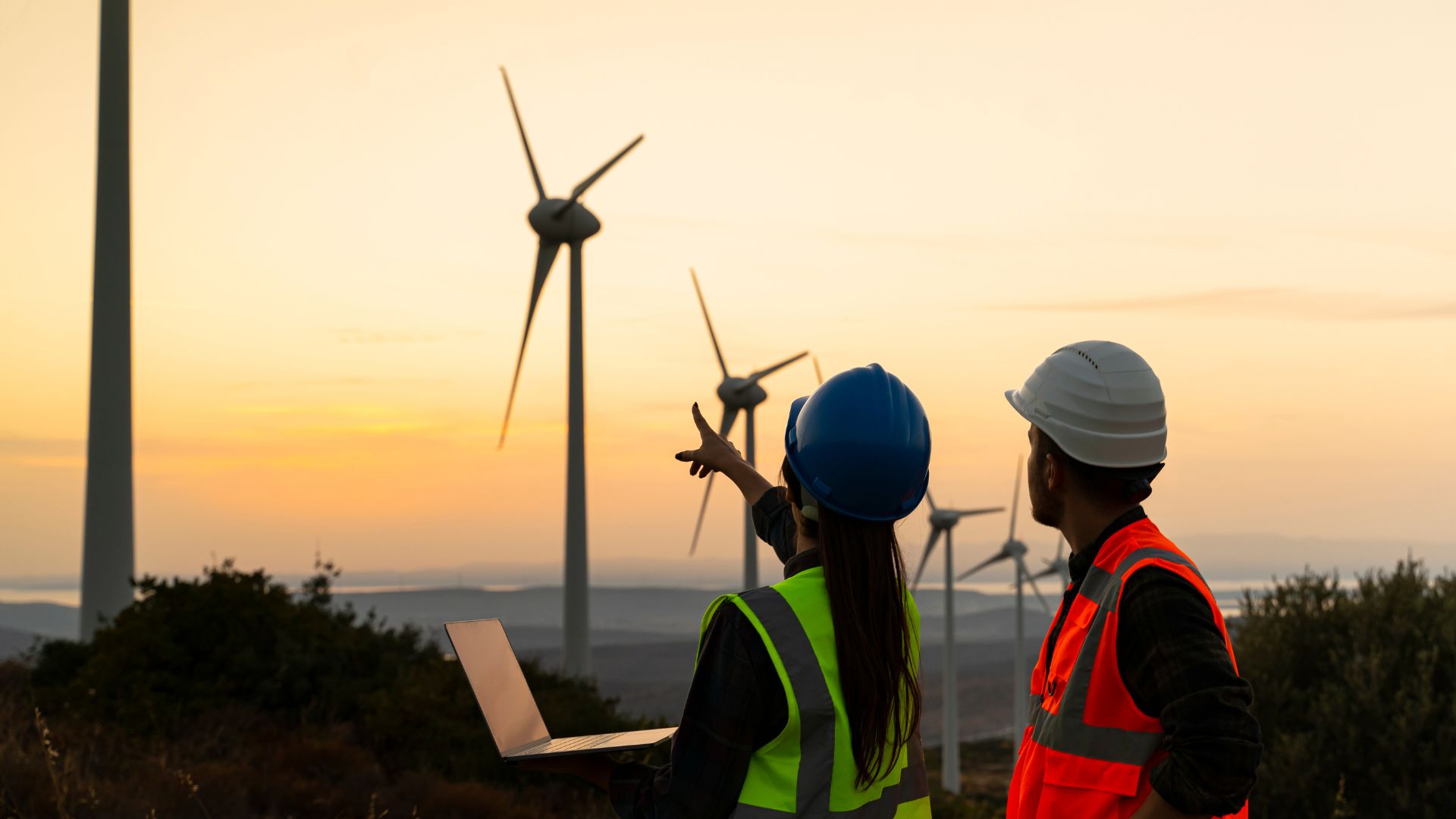 Published
January 12, 2023
Share on social media:
Enter your email to subscribe!
Thank you! Your submission has been received!
Oops! Something went wrong while submitting the form.

This article focuses on the Greenhouse Gas (GHG) Protocol’s assessment of the need for additional guidance in Scope 2 emissions, specifically related to the market-based accounting methodology. We explain why this revision has come about and consider several scenarios for how market-based accounting may change, affecting the future of renewable energy procurement.

As some of the largest energy buyers, companies have a crucial role to play in generating enough demand for carbon-free electricity. To maintain demand, the right reporting standards need to be in place, so companies are accountable for the emissions related to their electricity usage. The world's most widely adopted corporate standard for carbon emissions reporting is the GHG Protocol. Used by 9 out of 10 Fortune 500 companies when reporting to CDP, it is a vital driving force in our collective progress towards limiting our environmental impact. Yet, with such widespread adoption the Protocol upholds a responsibility to ensure that standards are rigorous, credible, and effective enough for businesses to accurately measure their progress towards science-based and decarbonization targets.

With this in mind, the GHG Protocol and its co-creators (the World Resource Institute and World Business Council for Sustainable Development) have released a series of public surveys asking for input that will inform future updates to the Protocol, with one survey specifically relating to Scope 2 reporting guidance and another on market-based accounting principles (feedback before February 28th).

The introduction of market-based emissions accounting

Under the current market-based accounting method, companies can claim they are being supplied with “100% renewable energy” by matching their annual electricity consumption with the same volume of Energy Attribute Certificates (EACs). EACs go by different names globally; GO’s in Europe, RECs in North America, and I-RECs internationally. Each certificate guarantees the origin of a specific unit of renewable electricity, typically 1 MWh.

The requirements for using EACs to account for corporate electricity consumption are:

Market-based accounting has been successful in expanding voluntary renewable energy markets thus far. It has helped to develop a community of corporate energy buyers, enabling direct contracting of over 76,9 GW of clean energy capacity worldwide between 2010 and 2020, which continues to grow. Yet there have been calls for revisions to be made to Scope 2 guidance, including the market-based accounting method.

Why is this revision necessary?

As governing bodies worldwide transition from voluntary to mandatory carbon disclosures, the GHG Protocol’s role in carbon and financial markets will gain even more importance and scrutiny. There are currently three proposals for climate-related disclosures that have been put forward or backed by international regulatory bodies (SEC in the US, the EU Commission, and the ISSB internationally). One common thread between all three proposals is that they are all informed by the GHG Protocol, laying the groundwork for globally adopted corporate climate reporting standards that rely on the Protocol’s Scope 2 guidance.

For this reason, it is crucial to understand the criticisms that have been leveled against the current Scope 2 guidance and the market-based accounting method:

1) Academic studies have questioned the credibility of the current market-based accounting principles and their effectiveness in driving emissions reductions. A study published in Nature recently found that “a continuation of recent trends would mean that nearly half of future Scope 2 emission reductions reported by companies with Science Based Targets (SBTi) would not be real.”

2) Environmental organizations and think tanks have also raised concerns about the current Scope 2 guidelines. The Clean Air Task Force recently published an article stating that the current rules “enable buyers to report reduced (or even zero) Scope 2 inventories even when they continue to consume considerable grid-supplied fossil generation.” The article explains how market-based accounting may allow businesses to claim they run on “100% renewable energy” on paper. Yet, in actual fact, there are many hours of the day when theory will be using the fossil fuels that are powering their local energy grids. The United States (for example) still relies on unabated fossil fuels to deliver 60% of the power consumed. The same applies to “100% renewable energy” claims based on international trades of EACs between geographies not even interconnected by the same electric grid.

3) The media has started reporting on the lack of effectiveness of the current reporting standards, and businesses' bold environmental claims based on market-based accounting are getting called out. Bloomberg recently reported that companies claiming to have slashed carbon emissions by 60 or 70% under the market-based method have made much more modest achievements when using a location- based accounting standard. Two of the companies Bloomberg named in the article only reduced their carbon impact by 12 and 8% under this alternative metric, and one organization had actually increased their emissions by 22%.

With this increased scrutiny on the current Scope 2 guidelines, we have identified three scenarios of how the market-based accounting method may change in response to criticism. These scenarios are based on our own market intelligence and insights from key partners and stakeholders within the industry.

As it comes under fire from multiple stakeholders, there is a chance that market-based accounting could be dropped from the Scope 2 guidelines altogether, and we return to solely using the location-based method. Although this might sound far-fetched and unlikely to happen due to today’s multi-billion USD EACs market, the same is happening in Scope 1 for biogas certificates despite the industry’s backlash. Supporters of this scenario claim that location-based is a much more accurate and realistic inventory of a company’s GHG emissions. However, this would almost completely eliminate incentives for businesses to procure renewable energy (except for energy efficiency and behind-the-meter self-consumption), as they could no longer use it to claim emissions reductions in their environmental reporting. It is currently unclear whether the elimination of market-based accounting would be somehow replaced by another mechanism or alternative frameworks.

2. Continue with the status quo - growing the market-based method.

Another view is that, despite the criticisms, market-based is working but needs to be more widespread. As of 2022, nearly 20,000 organizations worldwide disclosed data through CDP using the GHG Protocol. Whilst an impressive number (including more than 18,700 companies worth half of global market capitalization), this is still optional across all businesses. At the same time, as you can see in the map below, many areas of the world currently have no EAC schemes or only EAC schemes in the negotiation phase.

Therefore, some market participants advocate for incentivising more businesses to report on their market-based accounting rather than ditching the method altogether or putting in more requirements to address criticisms.

However, the issue remains of how this scenario would address the criticisms addressed to the GHG Protocol. As the paper published in Nature stated, expanding the current Scope 2 guidance will mean that only some future reported emissions reductions will be genuine.

The third scenario is intended to ensure the credibility and effectiveness of market-based accounting by adapting the current method to represent the physical constraints of the power grid. This will allow the method to still be widely used, but with improved accuracy and impact.

A lot of the current criticisms being raised against the market-based method refer to the methodology’s reliance on low-accuracy annual accounting and loose geographical boundaries (with EAC schemes encompassing many different countries and electricity grids). The argument is ultimately that market-based accounting doesn’t consider where energy is being generated and used with enough granularity to provide a realistic representation of our energy grids' physical and market boundaries.

For example, a Dutch data center consuming electricity throughout the day and night could claim to be “100% renewable” in its market-based accounting by covering its annual consumption with EACs from a solar plant in Portugal. The actual electrons from the solar plant will not be powering the data center 24/7 because:

So, “100% renewable energy” claims backed by market-based accounting do not necessarily mean that a business runs on carbon-free electricity every hour of the day.

This third scenario solves these issues by imposing robust requirements on the following:

Detailed energy system modelling (from Princeton, TU Berlin, IEA) has validated that this evolution would have significant decarbonization benefits, and it is a logical amendment to the annual carbon accounting that businesses are currently accustomed to.

‍In conclusion, the GHG Protocol is at a watershed moment, set to become the foundational guidance for mandatory carbon accounting worldwide. Yet the energy system today is a very different beast to when the GHG Protocol was introduced in 2001.‍

By seeking additional guidance, the Protocol can adapt to the latest findings and advancements in digitalization, granularity of data, and carbon free energy research. This opens up a fork in the road when it comes to market-based accounting: the co-creators of the Protocol may choose to ditch market-based in favor of a purely location-based method, stick with the status quo or update the current approach to include more accuracy and granularity.

Eloise has worked in a number of high-growth start-ups and scale-ups with a focus on sustainability and renewable energy. She is now FlexiDAO’s Energy Program Manager, overseeing the implementation of all educational material on 24/7 CFE. She is a marketing and research expert with a MA from the University of Amsterdam specializing in Climate Ethics.
SHARE
Share on social media:
Published
January 12, 2023
Enter your email to subscribe!
Thank you! Your submission has been received!
Oops! Something went wrong while submitting the form.
Blog