Net Zero Carbon vs. Carbon Neutral: What You Need To Know About The Energy Sector 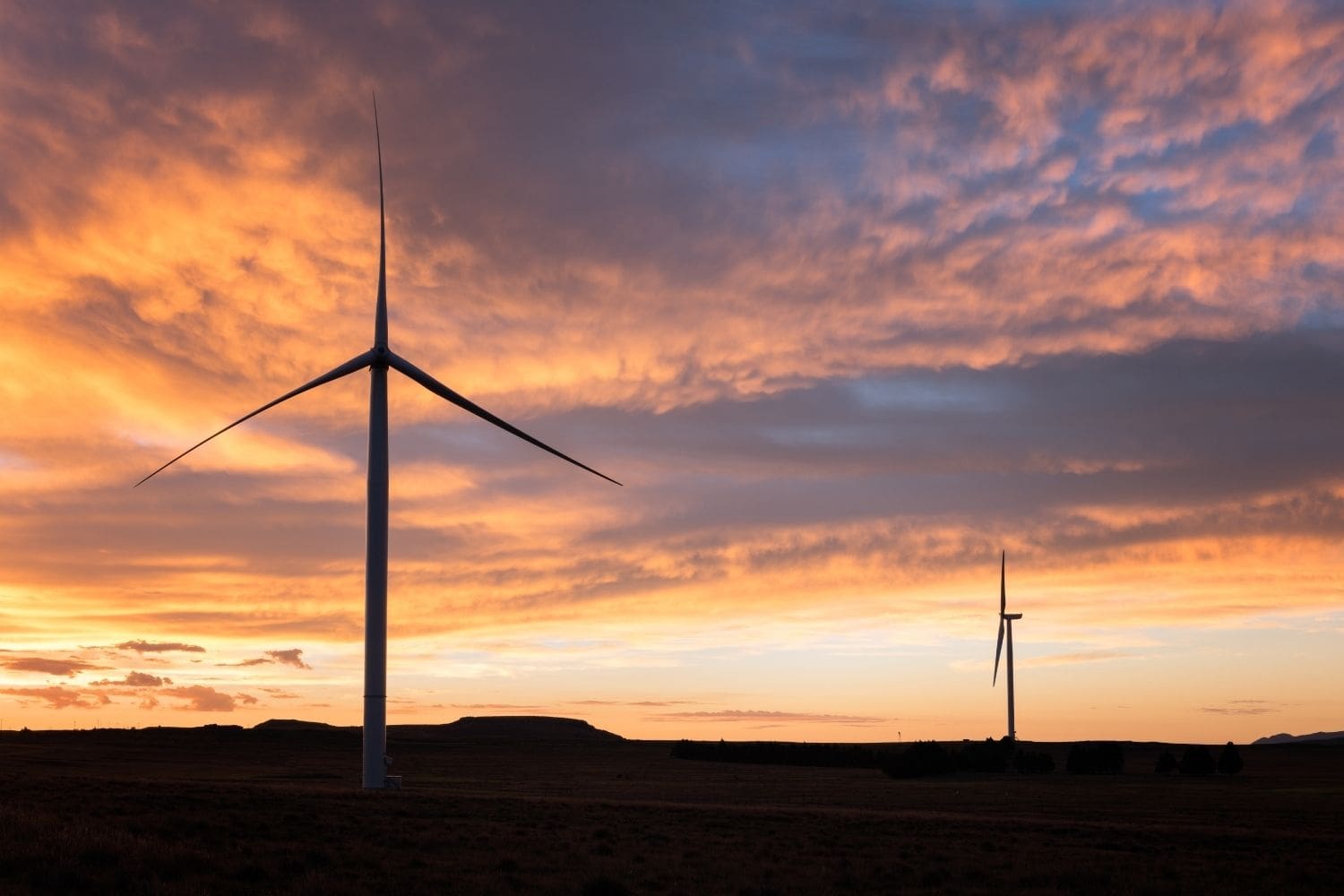 Published
October 25, 2021
Share on social media:
Enter your email to subscribe!
Thank you! Your submission has been received!
Oops! Something went wrong while submitting the form.

2021 has proven to be a pivotal year for climate change action. In the past year, the EU has set out its strategy to reach net zero. Through the "Fit for 55" law package, the EU proposes to cut GHG emissions by 55 percent by 2030 and reach net zero emissions by 2050. Corporates are now getting in on the act and setting net zero targets. But what does net zero mean? And how does it compare to other climate targets such as carbon neutrality?

Before we look at net zero and carbon neutral, we should clear up carbon emissions versus greenhouse gas (GHG) emissions. The terminology used for climate change action varies depending on what emissions are being discussed. Carbon emissions will just include the CO2 output from a process such as combustion. However, when GHG emissions are quoted, this includes carbon and a number of other gases that contribute to global warming. These gases are methane, nitrous oxide, and F-gases.

To make matters even more confusing, many sources convert GHG Emissions to a Carbon Dioxide equivalent - CO2e. All GHG emissions are included in the calculation of CO2e. This means that a company's total CO2 output could be very different from their total CO2e output.

It’s a necessary step to convert the emissions of all GHG gases to a reference gas (or CO2e), as all gases have different Global Warming Potential (GWP). With this method, we can see that even though CH4 emissions are much less in quantitative terms than CO2, methane still plays a key role in global warming due to a high 100-year GWP of 28-36 (compared to GWP of 1 for CO2).

Carbon Neutral is more well-known and has been used by companies to describe their services and products. Carbon neutrality is about having a Net Zero balance between carbon emissions and carbon removal.

This is often achieved through carbon offsetting, and less often by eliminating carbon emissions altogether by investing in approaches and technologies that don’t contribute to climate change in the first place. Examples include reducing the need for energy by becoming more efficient, and sourcing energy from no-and-low carbon sources. Carbon neutrality is one subset of Net Zero.

Net Zero Carbon is a much more recent concept and looks at carbon neutrality from a different angle. The Institute for Government defines Net Zero as “achieving a balance between the amount of greenhouse gas emissions produced and the amount removed from the atmosphere”. They identify two routes to achieving this. 1) Reducing existing emissions 2) Actively removing greenhouse gases -  where both must work in tandem.

What is the difference between carbon-neutral and net-zero carbon?

While the two concepts are similar, the mainstream view is that Net Zero Carbon is more ambitious than just being Carbon Neutral. This comes down to one key difference.

The goal of Net Zero Carbon is to eliminate emissions as much as possible before using other tactics such as carbon removal or offsetting. For companies, that means investing in energy efficiency, purchasing renewable electricity, and using zero carbon fuels. With this approach, we first reduce the need to offset or remove carbon from the atmosphere as much as possible. In many industries, reducing carbon emissions to zero (or Gross Zero) will not be possible so some level of offsetting/removal will be needed.

In contrast to this, Carbon Neutrality does not have the same requirement to prioritise eliminating emissions at source in the first instance. In recent years, companies have claimed carbon neutrality by simply compensating all of their emissions with carbon credits or offsets. This approach doesn't tackle the emissions at source and might not be the most effective strategy to tackle climate change.

Carbon offsetting plays a key role in both Net Zero Carbon and Carbon Neutrality targets. It is the approach to compensate for carbon dioxide emissions. Most companies do this by participating in schemes designed to make equivalent reductions of carbon dioxide in the atmosphere.

At present, carbon offsetting is usually achieved through tree planting schemes or the purchase of carbon credits. Carbon offsetting has not been without controversy and suffered many credibility issues in the past. A recent Greenpeace investigation suggests that global airlines are claiming carbon neutrality based on flawed deforestation offset projects. The increase in global wildfires is also threatening the viability of forestry carbon credits, with many global companies having previously purchased credits from projects that have since burned down or are at risk of wildfire destruction.

How Net-Zero and Offsetting works in the Energy Sector?

Carbon emissions are split into three categories in accordance with the GHG Protocol. These are Scope 1, 2 and Scope 3. Scope 2 primarily relates to a company’s use of grid electricity. Depending on the sector, this could be responsible for a large portion of a company’s emissions from operations.

To achieve Net Zero Scope 2 emissions, companies can take energy efficiency measures and use renewable energy. Currently, a lot of emission reductions materialise through a form of “offsetting” by purchasing Energy Attribute Certificates (e.g GOs, REGOs, RECs, I-RECs etc. depending on the market).

Purchasing these certificates allows you to report zero carbon emissions for Scope 2. However, this will have to change. The current method of offsetting Scope 2 uses annual accounting of renewable electricity. With annual accounting, companies do not actually cover all their electricity use with renewables. Instead, they purchase or generate enough renewable energy to match 100 percent or more of their electricity use over the course of the year.

This ignores the real operation of the grid and the fact that these companies will be using electricity from fossil fuels, such as coal and natural gas, when renewables are unavailable. As an example, take a company which consumes electricity during a windless night and offsets its energy emissions by purchasing EACs generated by wind and solar farms. Would this company be able to claim it is 100 percent renewable? Yes, and this is a controversial issue with the current market.

However, companies are now increasingly looking into the physical grid, not at the virtual accounting layer of certificates. To look into the physical grid, time, and location need to be taken into consideration. The sum of these three variables is called deliverability, and it was already mentioned in some official EU documents regarding the certification of renewable fuels from non-biological origin (RFNBO).

This has led to the development of the 24/7 carbon-free electricity (24/7 CFE) concept. With this approach, a company’s power use is matched with a renewable source for all 8,760 hours in a year.

Recently, at FlexiDAO, we announced our commitment as an early signatory to the 24/7 Carbon-Free Energy Compact. Thanks to our involvement, FlexiDAO will be part of a group of energy buyers, energy suppliers, governments, system operators, solutions providers, investors, and other organisations on a mission to transform global electricity grids to zero carbon - or full decarbonisation - by adopting, enabling, and advancing 24/7 Carbon-Free Energy.

Our software solution helps companies to certify their energy procurement on a 24/7 basis. We can do this without disrupting their climate agenda or the aforementioned energy certification schemes - we just upgrade them. We can measure historical gaps between the hourly carbon-free energy you source and your hourly electricity consumption to allow data driven decisions oriented to improve the procurement strategy. We also provide you with the related hourly energy emissions, to enhance the efficiency and credibility of your energy reports. This is a key first step to progress towards a 24/7 zero-carbon strategy.

Taking this approach will ensure that your company is making the highest contribution possible to climate change action. This will enable confident climate communication and position you amongst the energy leaders in the industry. Stay up-to-date with changes to renewable energy and other energy topics, sign up to receive our monthly newsletter.

Joan Collell - FlexiDAO Business Strategy Leader & CCO at FlexiDAO, a leading software provider in the energy sector. Joan has experience leading a high-growth energy startup and over five years of working within the technology industry. His expertise excels in business strategy, sales, and marketing, skills he adopted from working with global brands like Bain & Co., Google, and Henkel.
SHARE
Share on social media:
Published
October 25, 2021
Our Solution
Enter your email to subscribe!
Thank you! Your submission has been received!
Oops! Something went wrong while submitting the form.
Blog