Sustainability 2.0 for Data centers: The 2023 decarbonization trend you can’t miss. 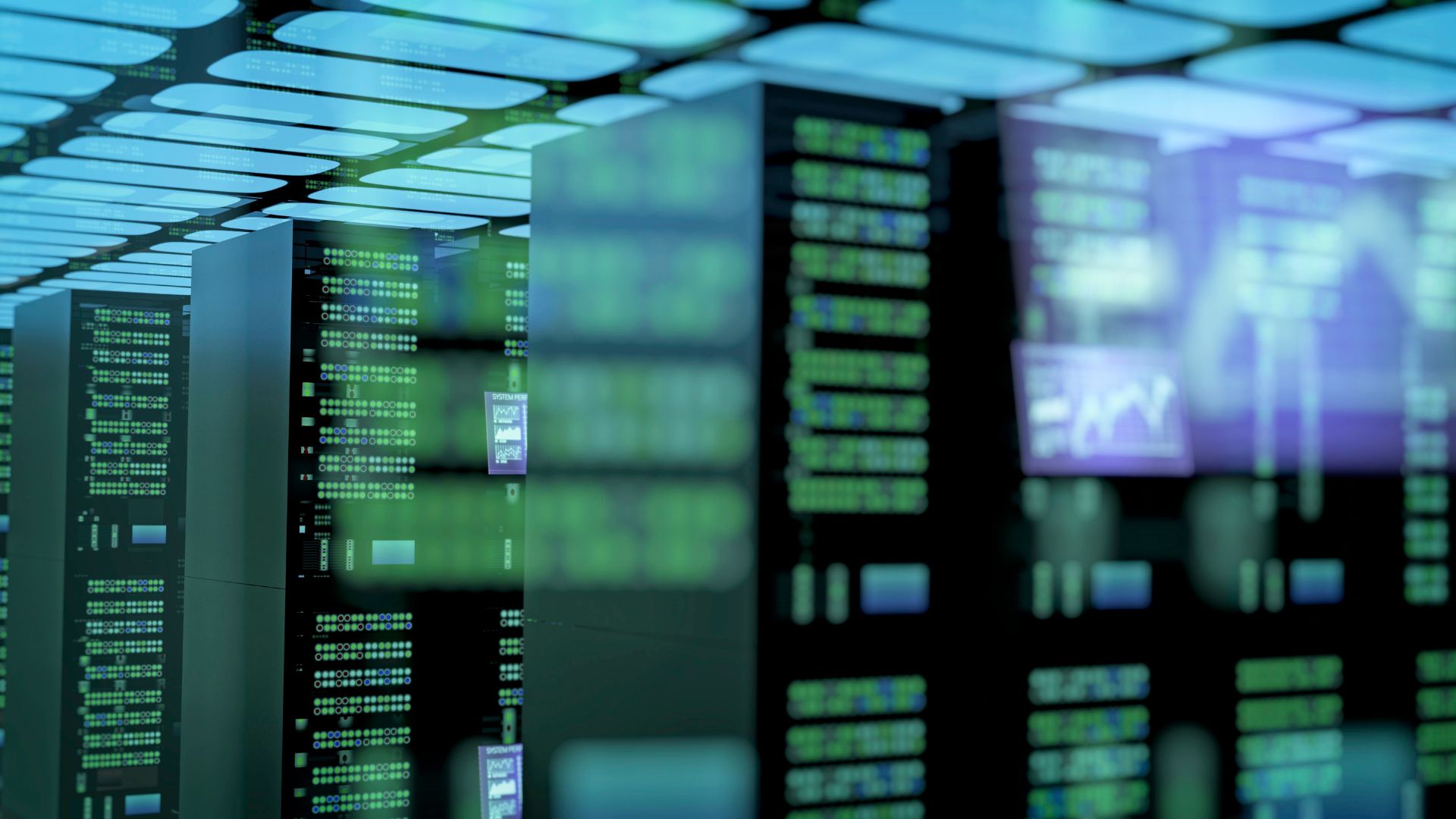 Published
December 14, 2022
Share on social media:
Enter your email to subscribe!
Thank you! Your submission has been received!
Oops! Something went wrong while submitting the form.

The pandemic has brought about rapid digital transformation. We're spending more of our lives online than ever, and the ICT sector is at the heart of this digital transformation. Data centers and transmission networks are essential to this evolution in society, yet they also consume finite resources, such as electricity and water. The depletion of resources is a pressing issue, but change is already happening to address this from within digital industries. Data centers and transmission networks can become critical enablers of the transition toward a decarbonized economy.

In this article, we will focus on what leading data center companies are doing to completely eliminate indirect emissions from electricity consumption, the so-called Scope 2 emissions by the Greenhouse Gas (GHG) Protocol. We will also debunk the myth around “100% renewable energy” claims and explain why data center companies will want to fully decarbonize their electricity purchasing strategy. Finally, we will touch upon how to begin a decarbonization journey.

Electricity use in the data center

According to a recent report by the International Energy Agency, data center power consumption increased by over 60 percent between 2015 and 2021. Transmission networks are using even more power, growing their usage by up to 60 percent.

This figure excludes crypto mining activities that are believed to be using half of the power of all data centers worldwide.

How do the above figures translate to emissions that accelerate climate change?

The IEA estimates that the data centers and transmission networks that underpin digitalization accounted for around 300 Mt CO2-eq in 2020 (including embodied emissions), equivalent to 0.9 percent of energy-related GHG emissions (or 0.6 percent of total GHG emissions).

As a result, data centers are coming up against a lot of scrutinies, and there have even been restrictions put in place on new licenses to build data centers (e.g., in Ireland).

Whilst recognizing its crucial role, the numbers above show that energy efficiency improvements can’t be the only way to reduce a data center's climate impact.

Low-carbon or carbon-free electricity procurement is another key tactic the industry uses to reduce or even eliminate Scope 2 emissions, accounting for a sizable portion of the market.

The data center sector has been a core driver of renewable energy sourcing in the past decade. Between  2010 and 2021, tech giants like AWS, Google, and Meta (Facebook) were among the top five clean energy buyers. All three have significant data center operations.

Yet, apart from a few revolutionary front runners (like Google, Microsoft, and Iron Mountain), many data centers still rely on an annual carbon accounting framework to validate their renewable energy claims.

The truth behind the 100% renewable energy claims

So far, most companies that procure renewable energy are buying a volume of electricity that matches their annual consumption to a certain extent. The purchase can cover 40, 60, and up to 100 percent of their yearly consumption. This approach, which finds its leading promoters in the RE100 initiative by The Climate Group, has helped the renewable energy market experience tremendous growth during the last decade.

However, several recent publications claim that this approach doesn’t consider the physical reality of the power grid with enough precision. To give an example of this, a dutch colocation center could claim to be “100% renewable” while covering its annual consumption by buying an equal volume of energy certificates, of 1 MWh each, generated by a solar plant in Portugal. Now, it’s not hard to understand that:

So, while a market-based approach is crucial for the progress of the global renewable energy goals, its reliance on annual data and averages undermines its credibility and ability to deliver a decarbonized economy.

Luckily, there are great opportunities to turn this challenging situation around.

The energy industry has evolved. The sector's digitalization has brought about next-generation energy procurement approaches that can harness the immense power of more precise energy and carbon data. As a result, achieving the complete decarbonization of the electricity sourcing strategy is a solid reality today.

Data centers now have an opportunity to maximize the decarbonization impact of their energy strategy. Industry players such as Google, Microsoft, and Iron Mountain Data Centers can provide a source of inspiration. These market leaders set the goal of transitioning from “100% Renewable Energy” annually to 24/7 Carbon-free Energy, or CFE.

As described in this article, such a strategy leverages the automated collection of granular customer energy (generation and consumption) and granular grid data (hourly carbon intensity of the grid) to unleash the full decarbonization potential of corporate energy procurement.

These players have adopted this strategy because they recognize that matching on an annual basis isn't enough to fully decarbonize the electricity grid on a global scale. A recent report by McKinsey & Co. (chart above) found that an annually matched solar PPA, which enables “100% renewable” claims, can have an average hourly match ranging between 40 - 50 percent; a “100% renewable” wind PPA is believed to perform better and be matched 60 - 70 percent hourly. On the other hand, just a tailored, hourly approach can achieve a 100 percent reduction of the emissions of such a contract  (three columns on the right side of the chart).

A 24/7 CFE strategy is meant to be an incremental approach of constant improvements. FlexiDAO’s CEO, Simone Accornero,  discusses in more detail the Carbon-aware Energy Series recently published by the company, starting with "A new frontier: Carbon-aware energy procurement."

The timely adoption of a next-generation carbon strategy such as 24/7 CFE brings several advantages. Most of them are related to the climate leadership opportunity from such a forward-looking decision. Other benefits are related to anticipating regulatory changes and the shift in the global energy landscape.

So, embracing a strategy that has its foundation in the usage of granular electricity and carbon data brings multiple benefits to the table; first movers will benefit from gaining a competitive advantage in the eyes of

Standard setters, regulators, and other initiatives have already sent clear signals concerning the role of 24/7 Carbon-free Energy in the future of the energy and sustainability landscape.

At an international level, last year, the United Nations launched the UN 24/7 Carbon-free Energy Compact to encourage high-level dialogue on this crucial strategy.

More recently, ISO published its Net Zero Guidelines for companies and other organizations aiming to set such a target in their sustainability agenda. ISO’s standard makes a clear reference to 24/7 CFE under 8.2.4 Targets for Scope 2 emissions:

"Governance organizations, and other organizations if appropriate, should set targets to promote the availability of low carbon (non-fossil) or appropriate renewable energy for every hour of every day, to motivate a wholesale clean energy transformation."

Several regulatory bodies - like the Securities and Exchange Commission in the US and the EU Commission - have now proposed new requirements for climate-related disclosures. The International Sustainability Standards Board has done the same at a global level.

Interestingly, the common denominator in each of these proposals is that they build on the Greenhouse Gas (GHG) Protocol, which is currently under review for additional guidance to be added. There are calls from numerous thought leaders (ENTSO-E, CEBI pg. 32, Clean Air Task Force) for the protocol to include more granular Scope 2 requirements, with proposals expressing how the GHG Protocol should consider the CO2 content of electricity procurement on a tighter geographical and temporal basis.

At a European level, the EU Commission aimed to digitalize the energy sector to improve efficiency and renewables integration. In the document, they dedicated a special section to data centers, saying that they would introduce

Is worth mentioning that the CSRD was approved in November 2022.

As mentioned above, accessing reliable and granular energy data is necessary to begin the evolution towards being “green” every hour of the day and confidently reduce your emissions impact.

At FlexiDAO, we enable companies to transition to a 24/7 Carbon-free Energy strategy by leveraging our blockchain-based electricity and carbon emissions traceability and certification software.

As part of the EnergyTag initiative, we're performing  24/7 matching for Microsoft's data centers in the Netherlands while providing the same service for Google’s facilities in three different European countries. The data center's power consumption will be 'hourly matched' with the real-time production of selected clean electricity generation assets.

Our software provides the project with tools that enable the traceability of clean electricity production and consumption, plus its hourly carbon intensity, without installing additional hardware devices.

Our software solution also assists data centers in certifying this data following EnergyTag Guidelines for granular certification, which aids in measuring the data center's decarbonization impact and enabling confident climate communication, positioning you among the energy leaders in the industry and avoiding undesirable costs from upcoming carbon regulation. If you want to begin your 24/7 Carbon-free Energy journey, try our new free tool, CFEscore. It will help you estimate how green the electricity you are currently buying and consuming is.

The energy game is changing, and as large energy buyers, data centers are in a prime position to harness this change. By reducing their carbon impact hourly, they can show genuine climate leadership in a rapidly evolving industry and stay on the right side of a shifting energy and sustainability reporting landscape.

SHARE
Share on social media:
Published
December 14, 2022
Enter your email to subscribe!
Thank you! Your submission has been received!
Oops! Something went wrong while submitting the form.
Blog